The Trigger Method: A Powerful Way to Assess the Leverage of Strategic Industries and Technologies in Economic Growth and Job Creation

The Trigger Method (in Japanese: hikigane shiho) (The Trigger Method PDF) was conceived during a two- year research project and special cross disciplinary course conducted by Professor Julian Gresser at the Harvard Law School and MIT’s Program on Science, Technology, and Society between 1982-1984. It was part of a book Partners in Prosperity—Strategic Industries for the U.S. and Japan (McGraw Hill 1984/Cho Hanei Sengen, TBS Britannica, 1985). The following is a testimonial from Nobel Laureate Professor Wassily Leontiev, Ph.D. Harvard University.

“In contrast to most the recent journalistic writing on “industrial policies” and the “Japanese miracle” Julian Gresser’s approach to these twin problems is well informed, free of academic jargon, and full of interesting practical suggestions. I found the book from the first page to the last absorbing reading.”    Wassily Leontief, Nobel Laureate in Economics

Specific technologies and the industries based upon them have served in specific historical times and places as “strategic” engines of economic growth. This line of thinking had an important influence on U.S.policy makers through the work the Japan Industrial Policy Group (JIPG), chaired by Julian Gresser in 1981 while serving as an advisor to Richard Holbrooke, Assistant Secretary of State for East Asia, under a fellowship from the Council on Foreign Relations. The specific mandate of the JIPG was to develop an effective response to the Japanese governments “strategic industry” (in Japanese: senryaku sangyo) targeting practices, in particular the challenge to the U.S. semiconductor industry. The U.S. State Department was concerned that Japan’s increasing competitive advantage in the strategic semiconductor industry could likely give other Japanese industries that were closely linked or dependent upon semiconductors an “unfair” competitive advantage over American industries. A systemic countervailing strategic response was deemed crucial. But what should be the nature of this response?

The JIPG included talented representatives from every major U.S. government agency and eight Congressional Committees. Industry leaders in particular Bob Noyce founder and Chairman of Intel Corporation and the senior leadership of Texas Instruments and the U.S. Semiconductor Association provided essential guidance. The product of the one-year initiative was an effective industrial policy for the electronics industry that involved close collaboration between the U.S. federal government, the industry, and concerned members from the general public. The early work of the JIPG continues to influence a wide range of subsequent policies, laws, and regulations to the present day.

One important example is the 2006 Report of the RAND Corporation’ National Security Division (NSD) prepared for the National Intelligence Council which focused on Bio/Nano, and Information Sectors. The Report particularly cites the importance of technological integration.

“The previous sections identify likely developments in biotechnology, nanotechnology, materials science and engineering and manufacturing, and information and communications technology by 2020. But it is the integration of these developments that can have the most profound impact on society by providing multifunctional technologies to meet specific application needs. For example, wide availability of Internet access required a combination of mathematical algorithms for transmission and recognition of information packets, sufficient computing speed and memory, materials and engineering capability for wired networks, and software to allow non-engineers the use of electronic mail and Web sites. Maintaining the Internet’s use as a state-of-the-art data transmission network and one with worldwide reach, even into rural areas, is now requiring, for example, broadband optical fiber and wireless networks and encryption algorithms.

As technology increases in capability and sophistication, it continues to integrate new developments, often from diverse areas of science. Thus, the integration of developments in biotechnology, nanotechnology, materials, and information and communications is essential to the maturation of the technologies we are describing to achieve their full functionality and impact.” (1)

Since 2006 there have been many important discoveries in cognitive and neuroscience and quantum physics and derivative technologies—in particular the mapping of the human brain in the Human Connectome Project, and the advent of quantum computing which is still in its infancy. These discoveries and their practical implementation through innovations will add powerful additional drivers to the RAND NSD’s analysis.

Big Heart Intelligence Itself as a Strategic Catalyst

Big Heart Intelligence (BHI) can be understood and developed as part of the new frontier of the cognitive and quantum sciences. There is some early research and practical clinical observations in the West from neuroscience and neuro-cardiology supported with insights from many cultures that the heart conceived as both a physical organ and as an energy field is a powerful intelligent and discerning capability that when we are in robust health functions coherently with the brain, the enteric system, and other systems in the body. (2)

BHI raises many fascinating questions. For example: How do the neuronal and energetic networks of Heart, Brain, and Enteric communicate? How are the signals among them formed, delivered, processed, communicated, received? What will be the advantages to society as BHI becomes an integral part of an emergent nano-bio-info-cognitive-quantum infrastructure? How might the Trigger Method help to accelerate breakthroughs in community health and wellness, and transform the health care sector into an engine of economic growth and job creation?

The following charts suggest some possible areas of linkage and convergence.

“In contrast to most the recent journalistic writing on “industrial policies” and the “Japanese miracle” Julian Gresser’s approach to these twin problems is well informed, free of academic jargon, and full of interesting practical suggestions. I found the book from the first page to the last absorbing reading.”    Wassily Leontief, Nobel Laureate in Economics

Against this background an important question is what might be the advantages to society should BHI become an integral part of an emerging new nano-bio-info-cognitive-quantum infrastructure? The following chart suggests some possible areas of convergence. 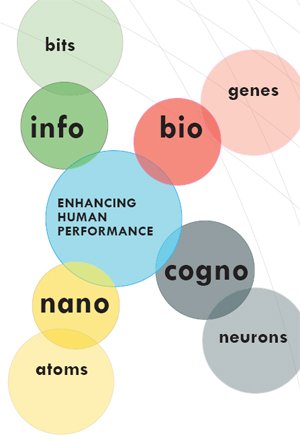 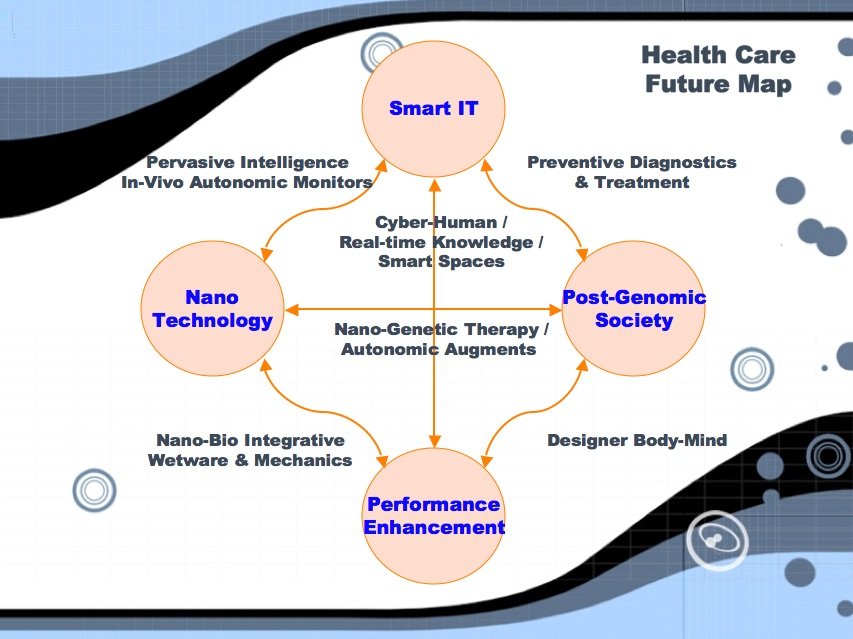 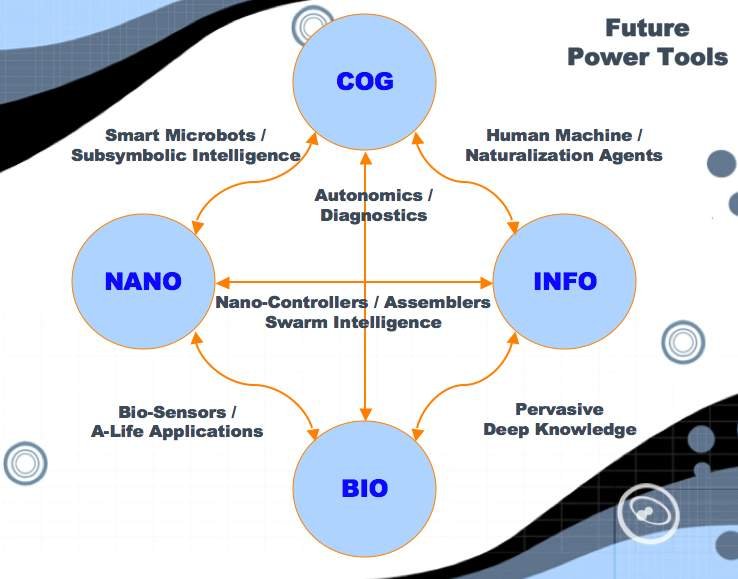 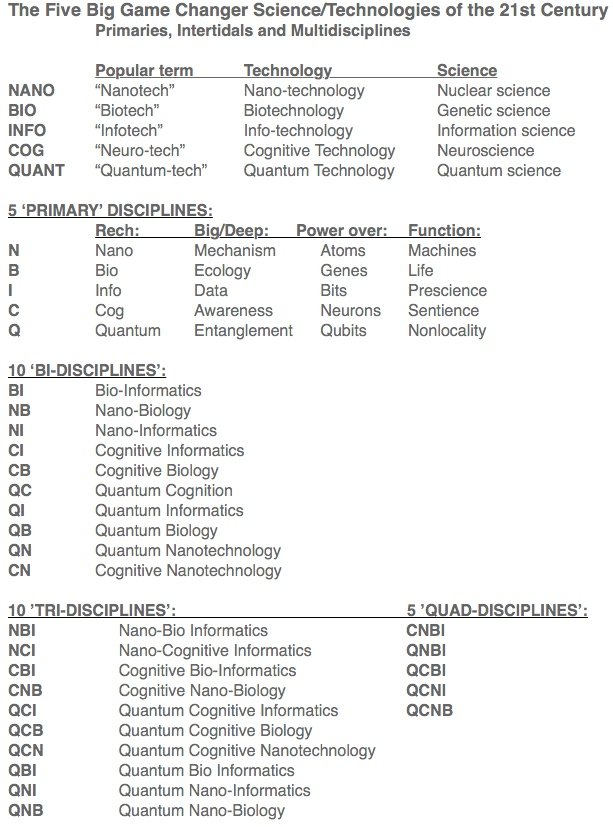 How might this framework be applied in combination with The Trigger Method to accelerat breakthroughs in community health and wellness, and transform the health care sector into an engine of economic growth and job creation?

Health Care as a Strategic Economic Sector Enabled by BHI, the Trigger Method, and Collaborative Innovation

ALL of the above game-changing strategic technologies have the potential singly and in combination to integrate with the health care sector, transforming it into a robust engine of economic growth and new job creation. The Trigger Method and BHI principles can provide a basic framework and specific pathways to guide government and private action. Public/private Collaborative Innovation Networks based on trust, following the early JIPG model and as currently conceived and being implemented today by WHIS will provide the vitalizing energy and the financing for a next generation of products and services and new jobs for innovators working at the “inter-tidal” zone of these strategic technological frontiers.

Conclusion—Research on past strategic technologies and industries confirms that in every historic case the driving force for economic growth and also job creation has been the rapid diffusion by innovation of the strategic technologies-first through closely linked and convergent sectors that act as user conveyor belts and then, rapidly gaining momentum, to many other segments of the economy. Many distinguished economic historians attribute this process of accelerated diffusion and creative adaptation of strategic technologies as a key factor in economic growth. In most instances governments have helped with varying degrees of success to build the supporting markets and infrastructure though a broad range of policies, laws, financial and other incentives. Big Heart Intelligence is likely to be recognized over the next few years as one of five frontiers of science and technology of biotech, nanotech, information tech, cognitive tech, and quantum tech, and can serve as a crucible of convergence for all of them. One important beneficiary of these forces of convergence will be the health care sector.

(2) The Laughing Heart program is a practical way for anyone to cultivate, track, and measure the development of this core capability. www.alliancesfordiscovery.org