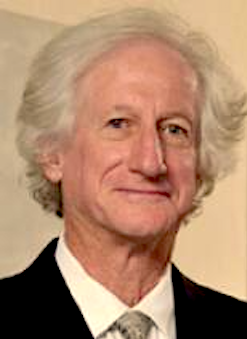 Founder and Chairman, Neurogenics/Alliances for Discovery

Julian Gresser is an international attorney, professional negotiator, inventor, and recognized expert on East Asia. He is currently Chairman and President of Big Heart Technologies, a California Benefit Corporation (“B” Corp) that is currently introducing the idea of a “Community Health Intelligent Multiplier Exchange (CHIME).” CHIME is based on blockchain technology as a first application in the field of community health of an emerging new body knowledge conceived and developed by Mr. Gresser and colleagues, “Big Heart Intelligence (BHI)” www.alliancesfordiscovery.net. BHI has wide and deep applications in science, technology, business, law, politics and the arts.

Mr. Gresser was twice Mitsubishi Visiting Professor at the Harvard Law School (1976-77; 1979) and a visiting professor at MIT’s Program on Science, Technology, and Society, Doshisha University in Kyoto, and Beijing University. He is the author of five books, Environmental Law in Japan (MIT Press, 1981), Partners in Prosperity: Strategic Industries for the U.S. and Japan (McGraw Hill, 1984; in Japanese, Cho Hanei Sengen), and Piloting Through Chaos: Wise Leadership/Effective Negotiation for the 21st Century ( Five Rings Press, 1996), (in Japanese, Ishi Kettei Isutsu no Hosoku–Koshodo no Gokui, Tokuma Shoten Publishing Company, Tokyo, 1997), and Piloting Through Chaos—The Explorer’s Mind (English publication: August 2013, Bridge 21 Publications), and his most recent work, an online living book, Laughing Heart—A Field Guide to Exuberant Vitality for All Ages—10 Essential Moves (www.alliancesfordiscovery.org); in addition to numerous articles in English and Japanese on science, technology, economics and law.

As a negotiator his most dramatic success involved helping a San Francisco-based trading company transform its $8 million after-tax branch into a $1 billion Japanese company in seven years. He has served as legal advisor to numerous U.S., Japanese, and European companies on a wide array of business issues, including joint ventures, limited (venture capital) partnerships, technology licensing, export controls and customs fraud, antitrust, and intellectual property protection, particularly patent infringement disputes. He has been a senior consultant to the U.S. State Department, The World Bank, The Prime Minister’s Office of Japan, The People’s Republic of China, and the European Commission (where he trained the Commission’s Japanese negotiating teams).

Julian Gresser is the innovator of a 21st humanitarian/business model embodied in the work of Alliances for Discovery. The model is described in two recent articles “Beyond Shared Value—Character as Corporate Destiny.” http://ssir.org/articles/entry/beyond_shared_value_character_as_corporate_destiny; and in a visionary piece published in July 2016, “Seeing the Big Picture in Medical Science.” https://ssir.org/articles/entry/seeing_the_big_picture_in_medical_science. Julian Gresser’s latest book, Laughing Heart™–A Field Guide to Exuberant Vitality for All Ages: 10 Essential (www.alliancesfordiscovery.org) has just been published in March 2017. Based on this book Julian Gresser in collaboration with his Alliances for Discovery board member William Moulton has developed an organizational metric Big Heart IQ™ that is described in another article, “Big Heart Intelligence and Corporate Destiny” http://bigheartintelligence.org/1692-2/

Environmental Law and Advocacy Expertise—In addition to authoring Environmental Law in Japan, Julian Gresser taught environmental law for several years (1976-77, 1979) at the Harvard Law School. He has consulted with many environmental activist organizations, and helped the Peoples Republic of China in drafting its Marine Pollution Law. One of his most celebrated cases was his advocacy against the Palau Superport on behalf of a global coalition of environmental organizations, which resulted in the Japanese Diet’s recognizing the rights of foreigners to petition the Diet for redress of grievances, and ultimately the cancellation of the project. He has also produced a series of blogs outlining an effective response to the Fukushima nuclear accident of March 2011. (www.explorerswheel.com/blog) He is currently developing a new paradigm for integrating Big Heart Intelligence, GAIA, environmental law and advocacy.

Following the nuclear disaster at Fukushima Julian Gresser published a series of blogs offering a solution to the catastrophe and advancing novel ideas relating to environmental risk assessment, disaster prediction, and public innovation.

1988 to 1999  Member of the Board, Discovery Engineering International (DEI)

1983 to 1984 Founding Partner, Coleman and Gresser, The Pacific Law Group

1979 to 1980 Council on Foreign Relations Fellow–Special Consultant on East Asian Affairs to the Assistant Secretary of State, Richard Holbrooke, now U.S. Ambassador to the United Nations

1972  Staff Attorney, Center for Law in the Public Interest

Julian Gresser offered over 30 seminars on Artful Negotiation to some 300 corporate presidents through TEC, an international association of CEOs and other organizations.

1981 to 1983  Two-year appointment as Visiting Professor, Program on Science, Technology and Society, Massachusetts Institute of Technology

Address at the 50th Reunion of the Harvard Class of 1965—Big Heart Intelligence—A New Frontier in Science, Technology, Business, and Politics (May 26, 2015)

The Great US/Mexican Wall as an Engine of Sustainable Prosperity (December 2, 2015) http://explorerswheel.com/blog/great-usmexican-wall-engine-sustainable-prosperity

How Secure are the Spent Fuel Pools at Fukushima? (June 23, 2014) http://exploreswheel.com/blog/how-secure-are-spent-fuel-pools-fukushima

Breaking the Language Barrier Between English and Chinese and Its Implication for the World (June 22, 2014)

Explorer’s Circle—Learning Over Lunch with Julian Gresser/Sponsored by the University Club of Santa Barbara June 12, 2014—An Outline of the Presentation (June 20, 2014) http://explorerswheel.com/blog/explorer%E2%80%99s-circle%E2%80%94learning-over-lunch-julian-gressersponsored-university-club-santa-barbara

When Will We Listen? Reconsidering Earthquake Prediction on the Anniversary of the 2008 Sichuan Quake (May 30, 2014) http://explorerswheel.com/blog/when-will-we-listen-reconsidering-earthquake-prediction-anniversary-2008-sichuan-quake

Closing Note of Appreciation to Supporters of the Fukushima Indiegogo Campaign (January 3, 2014) http://explorerswheel.com/blog/closing-note-appreciation-supporters-fukushima-indiegogo-campaign

Fukushima: Consensus Trance and Our Right to Know (August 7, 2013) http://explorerswheel.com/blog/fukushima-consensus-trance-and-our-right-know

“Inventing for Humanity—A Collaborative Strategy for Global Survival” VIA, The Journal for New Thinking for New Action, Volume One, Number Four, 2003

“Breaking the Japanese Negotiating Code: What European and American Managers Must Do To Win,” European Management Journal (Vol. 10, No. 3, September 1992)

“To Compete With Japan You Should Be in Japan,” Inside R&D, the Weekly Report on Technical Innovation (September 10, 1986)

“Competing With the Japanese on Their Own Turf,” with A. Osterman, Wall Street Journal (December 2, 1985)

“U.S. Export Controls: The Next Battle With Japan,” The Japan Economic Journal (October, 1985)

“Strategic Industries and Economic Growth Within the Pacific Region During the Late 20th Century,” Presented to the XV International Conference on World Peace, Tokyo, Japan (July 15, 1985)

“Japan and the United States: A Strategy for Survival,” The Japan Economic Journal (September 27, 1983)

“The International Adjustment of National Industrial Policies,” Preliminary Report to the Prime Minister’s Office in Japan

“Japanese Government Policies for the Robotics and Machine Tool Industries C The Productivity Problem from Another Perspective,” Subcommittee of Trade, U.S. House of Representatives (October 14, 1980)

“Balancing Industrial Development with Environmental Management in the Republic of Korea,” Report on the Environmental Mission to the World Bank (December 22, 1977)

“Japan’s Handling of International Environmental Problems: Contradictions with the Domestic Record,” Proceedings of the 71st Annual Meeting of the American Society of International Law (1977)

“The 1973 Japanese Law for the Compensation of Pollution-Related Health Damage: An Introductory Assessment,” Law in Japan, Volume 8 (1975). Also published in slightly different form in 5 ELR 50229

“Comparative Aspects of Preventive Approaches to Pollution Control in the U.S. and Japan,” with K. Fujikura, Hanrei Times (June 1974)

INVENTIONS: ·    The Trigger Method—a way of forecasting and analyzing “strategic” technologies and industries.

CAREER HIGHLIGHTS AS A PROFESSIONAL NEGOTIATOR

IPOs in China and Japan, inventions in clean energy, decoding Japanese negotiation strategies, incubators for creativity and innovation, the role of beauty in discovery and bringing ideas to market—Julian Gresser is a Renaissance man with an amazing array of achievements and gifts. He has written a truly original and helpful book with his own hard won understandings about how innovation can be incubated. Read it, it will enlarge your mind and you will discover your own capacity to do such things. It will grow with you and interact with your discoveries as you make them, taking them to a higher level.  –John Tarrant—Zen master, author, Bring Me the Rhinoceros and other works

“Mark Twain said, ‘You can’t depend on your eyes if your imagination is out of focus.’ In Piloting Through Chaos, Julian Gresser helps us to dream a better future and carefully outlines the steps needed to get there. Brilliantly written and meticulously researched, Gresser warns that we cannot achieve justice and abundance as individuals but only through collaboration, innovation, and fearless exploration of our own depths. And always, he reminds us, with kindness. Gresser is an international attorney, but also a 21st Century Renaissance Man, with a lifetime of experience in business, music, martial arts, invention, and meditation. He is not afraid to ask the big questions and to venture new views of how technology might be an ally in our quest for a better world.”  –Kenneth Cohen, author of The Way of Qigong and Honoring the Medicine

“We need a cultural revolution as transformative as were the scientific and industrial revolutions. If human culture is to survive without unacceptable impacts on the planetary environment, we must live differently as a culture. This means that the arts and humanities are on the front lines of collaborating with scientists and engineers, we need a ‘second renaissance.’ Julian Gresser, in the second edition of “Piloting through Chaos,” presents a sharply focused methodology for attacking some of the urgent problems and seizing the new opportunities.”  –Roger Malina, Editor, Leonardo

The market is flooded with books and tapes about negotiating, but no one, until now, offers insight into the underlying essence of our interpersonal abilities. This fresh approach, if followed, can be transforming for us as individuals, and as a nation. – Claudine Schneider, Former U.S. Congresswoman

Julian is 100% invested in teaching; an active listener; dedicated to ensuring that the class learns; he is high in energy and empathetic. What would my comments be to future participants? Exciting; out-of-the-box; has life application; fundamental to all relationships. – Bobbie Busha, Manager, BellSouth

There is widespread agreement that leadership at any level and in any area requires integrity in the person, the practice, and the profession. It is also clear that this is no easy, simple task, nor can it remain at the mercy of luck, sentimental or institutional formation. Julian Gresser – lawyer, scholar, martial artist, and streets-smart practitioner – now makes available the teaching and achievement of integrity in its integral form. As a foundation president, former commissioner, ambassador, and university president, I have had occasion to enlist Julian’s remarkable system and energies. He/it is a godsend for our troubled times and leaders.  – Dr. Glen A. Olds, Chair of the World Federalist Association; Co-Chair-Society for Values in Higher Education, Senior Scholar-Center for Ethics & Leadership; Adjunct Professor of Philosophy, Portland State University

So many of the software programs I employ on a daily basis perform their functions adequately, however, they’re boring and uninspiring. It feels like a major chore to use them. The Artful Navigator, although serious in its intent, is a lighthearted and whimsical program. I feel so much like I’m playing a game that I hardly notice how much insight and wisdom I gain each time I use it. – Maggie Duval, Independent Computer Consultant

All of Alpine’s portfolio CEOs, General Partners and staff, have undergone training with dramatic and measurable results. One portfolio company had been mired in negotiations with a foreign company for over a year. In one day’s training, they put together a new plan and team, and three months later closed an OEM agreement worth millions. – Dr. Chuck K. Chan, General Partner, Alpine Technology Ventures

Julian Gresser is one of those rarest of teachers. He embodies the wisdom that he shares. His pioneering work in negotiation is a quantum leap in human understanding and will move people to their highest level of truth and accomplishment. The value is incalculable not only to individuals but to our society. – Michael Fitzgerald, Former Director, Washington State Department of Trade & Economic Development